Startup in the Net 2019 - Fairbnb.coop interview 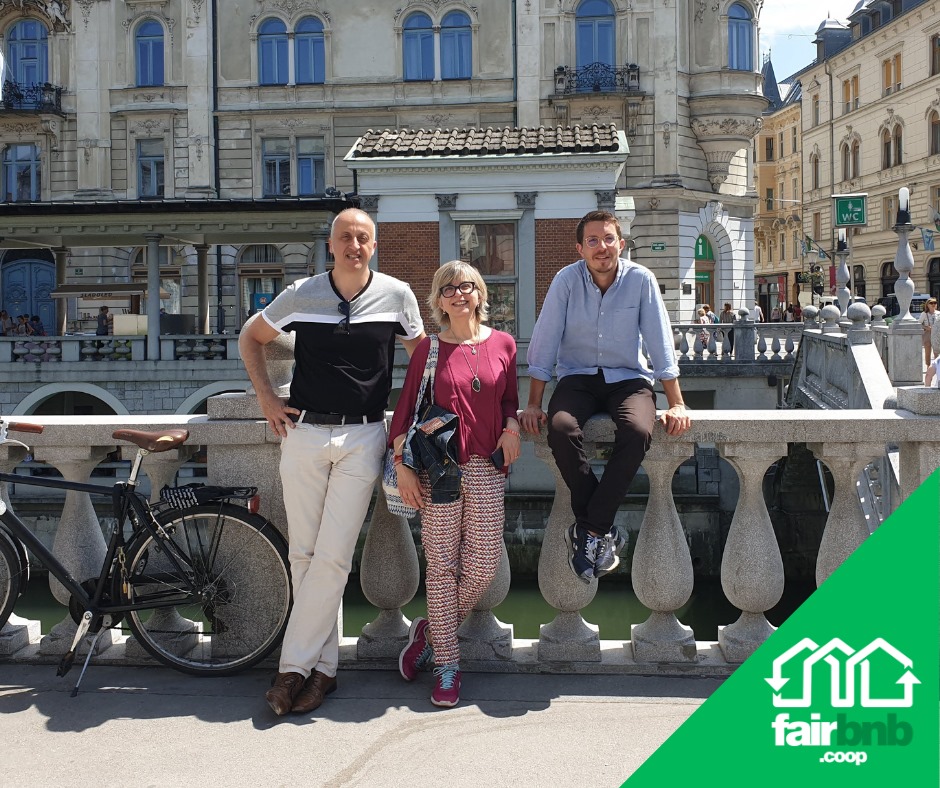 Why be against something when we can offer an alternative. That is what Damiano Avellino thinks - one of the Founders of Fairbnb.coop, the platform that enables to rent apartments and room in a sustainable way, generating value for the whole community.

"Be the change you'd like to see where you live and travel to" is what you read on the homepage of the startup which is based for just a few more months at the Serre dei Giardini Margherita. The problems generated by what Avellino calls the "touristification" of cities are for everyone to see.

“In the last 40 years, tourism has grown 7 times more around the world and today it represents 10% of the world's PIL" the Co-Founder tells us" All this can be seen as a resource to create shared prosperity because, as our projects demonstrates, it's possible to limit the negative impact of this phenomenon by redistribuiting the profit on the territory”.

The principle which Fairbnb.coop is designed on is simple as it's about making the temporary rental of a room or a second home a way to make some extra cash and not a speculative venture that damages the social landscape.

“The issue has been the distorsion of the system: there are people who have entire buildings and tens if not hundreds of apartments up for touristic rental instead of housing solutions for residents or students" Avellino clarifies "This means an increase in rent prices, less offer and a series of issues created by the gentrification risk. We are facing an issue which is complex and varied, increased by certain technologies”.

What Fairbnb.coop is offering is a win-win soution: very few elements but ones that are effective and guarantee satisfaction for those who rent, travel and for the whole community.

“The platform has the same characteristics of similar others, but our rule is "one house for each host" Avellino shares with us "The host receives the same amount of income as we too keep 15% of commissions. Of this sum of money, half is used to manage the platform, and the other half supports social projects: to make a practical example, if I pay 100 euros for a room, I can donate 7,50 euros to an initiative that the person who travels can pick" Fairbnb.coop Co-Founder continues "With 50 apartments listed on our platform, a very small number, we could fund five or six projects a year for a total of around 15000 euros. Our aim is to reach 4.5% of the market by 2025: if we could achieve this it would mean that we could give back to the communities around 250-300 million euros through social projects every year”.

Underlining what seems utopistic, the Fairbnb.coop team believes infact that it is not.

“The platforms we all know are called "extractive", which means that the value is extracted from the local communities in the form of commissions and data and it is transferred overseas without being taxed" Avellino explains "We want to promote a way of travelling that is authentic, etichal and sustainable at the same time”.

Fairbnb.coop is by choice a co-op startup born about a year ago and made up, at the moment, of about 15 members from Italy, the Netherlands and Spain. The promoters of the project, who have been active for years in spontaneous groups on the topic, are part of an international movement called Platform Cooperativism which is involved in building a new digital economy based on the principles of solidarity, cooperation and authentic relationships.

“’Emilia-Romagna is a unique case since more or less 10% of the regional PIL is generated by co-ops" Avellino - the vicepresident of Fairbnb.coop - highlights "For the area, supporting this declination of an innovative startup could be a great opportunity”.

Thanks to the accelerator program offered by ART-ER at the Serre, Fairbnb-coop didn't just have access to a space but also to the support in applying to grants, training sessions and networking events with investors.

“The most interesting aspect is the chance of confrontation, especially with the other startups hosted at the Serre" Avellino tells us "When it comes to grants, we have already been awarded the funding from the Innovare in rete program, promoted by Banca Etica, while we are waiting to hear back about the Cooperazione Finanza Innovazione fund. Furthermore, we will take part to the grant for innovative startups promoted by the Emilia-Romagna Region”.

The startup is ready to take off: a first test on travellers has been conducted and as per the roadmap, after a few tweaks to the platform and enlarging the network, around spring time next year we should be expecting a proper launch that will take place with a simultaneous event in the various cities. The seed of changethat the founders of Fairbnb.coop longed for has been planted in the mix of digital platforms out there, and even if this fight seems like the one Don Quixote against the windmills, Damiano Avellino considers himself a very practical person more than a dreamer or a visionary.

“I have a masters degree in economics and management and, for example, I know that using social projects to enter new cities is for us a competitive advantage" he clarifies "We think that there is a need for a new story to be told, even if complex, because we are seeing that the stories from the past century don't work anymore. We believe though, that if we can get people involved, we could be the right network at the right time with the right idea, it's only up to us to put the pieces in the right place" the co-op's vicepresident says. "We don't need more technology but a new way of consuming, whereas those who produce need a better sense of responsibility. Afterall, like someone already said, "if it's not social, it's not innovation": it won't be a co-op that deals with sharing economy what changes the world, but we are extremely motivated" Avellino says "No matter how it goes, we're happy to be part of this process”.

Find out more about Fairbnb.coop and check out their profile in our dedicated section "Linked Startups" by clicking on the banner below.